We at CHSM are saddened with the news of the passing of Gerald Louis Wombacher, on August 30, 2020. Jerry died in his sleep by the side of his wife, Cleo. Jerry had been a volunteer at the museum for nearly 10 years and also served on the Board of Directors until recently.

He knew the stories of Clarkdale having experienced all of them! These were the lost stories, never put into a history book. He was the first one to show up at all our museum sponsored events and the last one to leave. His mild mannered personality welcomed hundreds of visitors every Thursday and he frequently filled in for others. His stories of caddying at the Verde Valley Country Club as a youngster, retrieving the lost golfballs out of Peck’s Lake just to clean them up to re-sell for 25 cents, setting pins in the bowling alley of Clark Memorial Clubhouse for 25 cents per game, being allowed to shoot pool in the Men’s Lounge for free, pumping gas and washing windshields at his dad’s Texaco station on Main Street, Dan (his dad) retelling the story of the Bank of Arizona robbery of 1928, buying popcorn at the drugstore to take to the Grand Theater for a movie, and countless episodes at the Newsstand (Connor and Ettinger’s) were the making of his guided tours of the museum. People loved his tales and they left feeling connected.

Jerry and Cleo were hosts for many of the Clarkdale Historic Building and Tours, since they were both raised in Clarkdale and had been in each one as a kid. They could relate their own antics and those of the previous homeowners. They were even the hosts of his own grandfather’s house in Lower Town in 2019!

Jerry was the president of the Verde Valley Country Club at Peck’s Lake when it closed in 1991. His retired life was centered there and he knew every square inch of each building and fairway. He remembered when the clubhouse was moved to the Clark Mansion but knew it was too small. Fourth of July fireworks were located there along with a barbecue, picnics and swimming.

We have lost a true historian, even though he never would have admitted it. And we have lost a very good friend. Rest in peace. We miss you! 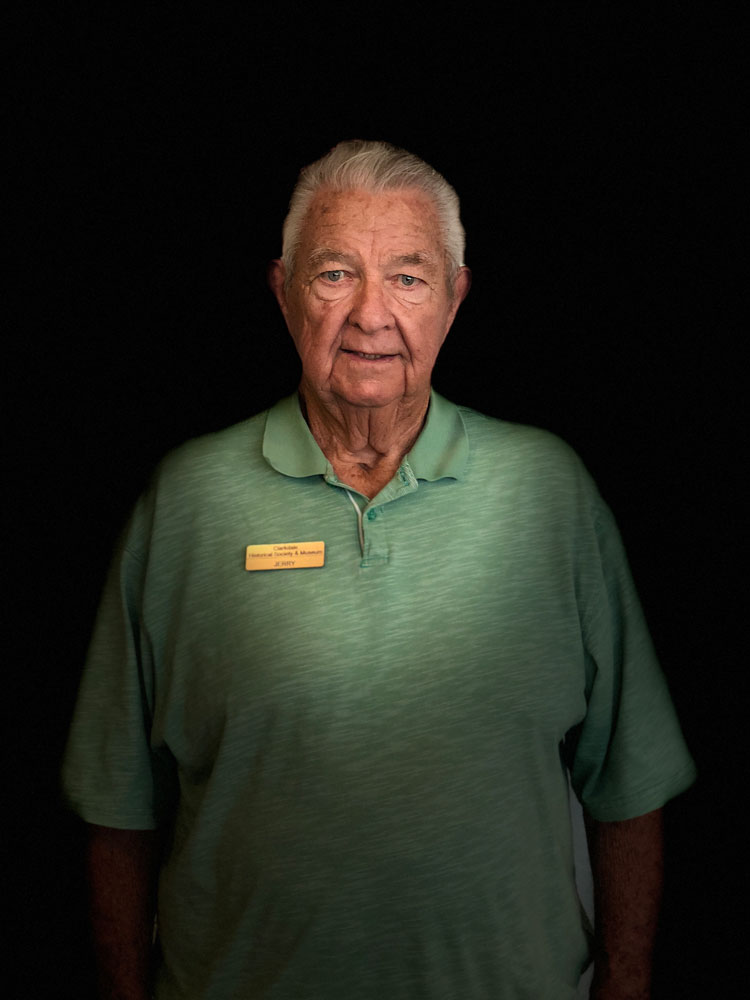